Where is the boot documentation of Le Potato? I’m particularly looking for boot order logic.

The system boots via two stages.
The board will run through the following sequence to find the bootloader:

The bootloader will try the following for the OS:

Can eMMC and uSD checks be reversed, such that it checks uSD first, and then eMMC next? This will be easier to recover from an unbootable eMMC when the potato is stuck in a case.

No, eMMC takes precedence. Just mount the eMMC and delete the boot area from sector 1 to 2048 and leave sector 0 with the MBR partition table in tack to boot the MicroSD.

This doesn’t really solve dual-booting, or quick recovery if the primary system is installed to emmc and gets corrupted further in the boot process - preventing a useable system or a state where the emmc boot can be deleted.

Hopefully a future version will give boot preference to the uSD card, allowing quick override of emmc boot when a bootable uSD is present.

recovery if the primary system is installed to emmc and gets corrupted further in the boot process - preventing a useable system or a state where the emmc boot can be deleted.

Hopefully a future version will give boot preference to the uSD card, allowing quick override of emmc boot when a bootable uSD is present.

You have grub and os-prober for dual boot. Or you can just run bootcmd_xyz in u-boot console to change boot device from the bootloader.

If the Green LED turns green and nothing shows on your screen, please post your screen brand, model, and EDID here.

LG G1 OLED TV does not work with Ubuntu Standard.

Double blue blink. Nothing on screen. Rasbian worked out of box.

Can you sudo apt update and sudo apt dist-upgrade and try?

I’m not sure what is going on then… with my S905X-CC, it will get stuck in a boot loop when a USB is plugged in… I assumed that was a search for some kind of USB boot? If I knew how to stop that it would be great, as it would enable us to do a remote reboot while leaving USB drives plugged in.

sda being the USB drive… this should have cleared any boot sector on the USB, but it still gets stuck in a boot loop if the USB is plugged in.

Might be an power issue. The board will provide up to 1A per USB stack as long as the power supply is good. In your case, it might not be so try using a powered USB hub.

I got a boot screen I simply must grab… had a few Atmel chips connected through the hub like you said. But, then I connected a USB drive to that same hub and the boot loop started… this time much slower. So I got an HDMI screen, plugged in, and the output was garbled; but something looking like a GRUB boot screen showed up. I couldn’t read the text, need to find a new screen with right HDMI input… but I do plan to get to the bottom of this now.

u-boot’s USB support is not as robust as Linux. It is what you see until after GRUB launches Linux. Sometimes certain devices do not enumerate properly in u-boot causing boot delay issues. This improves with every passing version of u-boot but could also be a cause. If you have garbled HDMI, do report your monitor information on this thread: AML GXL No Video on Monitor

In that case, I think I have pinned down the exact Drive that is the problem, was picking them up from Costco:

Anyways, Thanks for what you do. Keep up the good work. I can see this stuff is getting complex…
No pressure. For now I’m putting the USB line through a relay closed by LePotato’s GPIOs after full boot and user login. 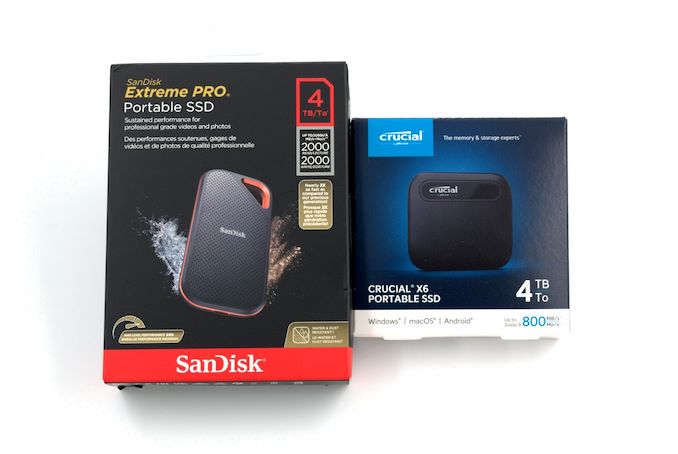 Some of these portable drives are designed for 1.5A power consumption which exceeds what the USB stacks can put out. USB 2.0 normally provides 0.5A and USB 3.0 provides 0.9A. Le Potato provides up to 1A per stack. That drive requires CDP current levels so that is probably why it enumerates improperly. We recommend going with eMMC for the reason that it provide very good performance while not using much power.

Still can’t find a screen that shows a good output while data lines to the SanDisk are connected… But the GPIO to relay to USBHub to Drive method works great.
I got a little extra security out of the deal by forcing a legit login before anything can get to that drive.
And if it is not broke, don’t fix it.

A little confused. Did you manage to get what you are trying to do working?

I did… And I would strongly recommend anyone with hardware boot issues to use the same method an 8 Channel DC 5V Relay Module with Optocoupler is only ~10$ and this LePotato has the power to turn them all on. Why not do it that way? Not that you will need to turn them all on at boot time. Anyways, I would like to work on getting one of these things running Guix. I assume opening a topic on that would be in Software.

Luke, I had the same issue, it drove me nutz, until I found the solution in a raspberry pi forum somewhere. I had downloaded the OS, then flashed it to SD card, and then I got the reboot loop problem. You have to unzip of unpack the downloaded OS, and THEN flash the SD card. I did the same stupid thing! the zipped or compressed file WILL flash to SD card, but it’s missing the boot stuff!