libre-computer OS Tool (LOST) is a firmware designed to deploy operating system distributions quickly over the internet. Our newer boards have it built-in and it supports booting from all storage mediums (MicroSD, eMMC, USB, NVMe).

Boards with onboard LOST

Boards without onboard LOST 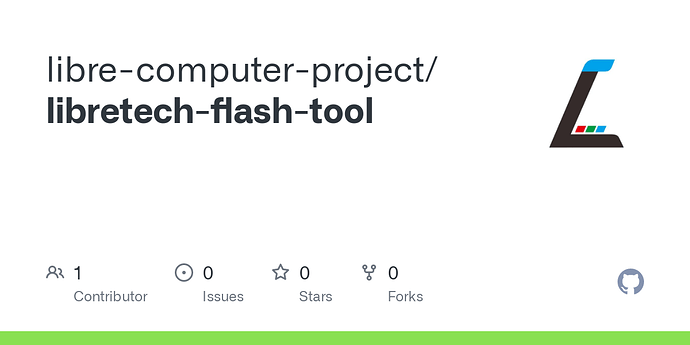 Contribute to libre-computer-project/libretech-flash-tool development by creating an account on GitHub.

Should USB boot work without any modifications to usb image? I’ve tried HA image for rasp and Proxmox7 but they won’t even try to boot. Error message “Canno’t find valid erofs superblock”

What board do you have? Raspberry Pi Raspbian images don’t work without running libretech-raspbian-portability first on the Raspberry Pi. If you’re just finding random images off the internet that might not be Raspbian or based on an old version of NOOBS, it most likely won’t work.

Thanks for the fast reply!

I just bought the AML-S905X-CC for HomeAssistant. First problem was that, HA OS will not boot on this board. Is there any tricks to get HA OS to boot on Le Potato? This would solve all problems at once.

The image you are using is obsolete and 3+ years old. It will be replaced soon. I recommend starting off with Ubuntu or Raspbian from our site. That’s why you’re probably spending a ton of time and not having anything work.

HomeAssistant and Klipper are two OSes on our todo list. KVM should work on Ubuntu 22.04.1 and 20.04.5 images. If it doesn’t work, send us the logs and we will fix it.

What is the timetable with that HA in your todo list? Weeks or months?

KVM did work on raspbian, but CPU does not support virtualization:
“egrep -c ‘(vmx|svm)’ /proc/cpuinfo” outputs “0”. Quoting: " As long as it doesn’t return 0 , then you’re good" from HomeAssistant Community.

Next I will try to install Debian 11 with your instructions (Debian11/Debian12) and try HA supervised installation again (HA Supervised).

Thank you for all the help. Got HA Supervised working with ubuntu server 22.04 LTS image from USB.

Kindly share a guide when you have the time on your process. It may help others.

That should be all. Enjoy!